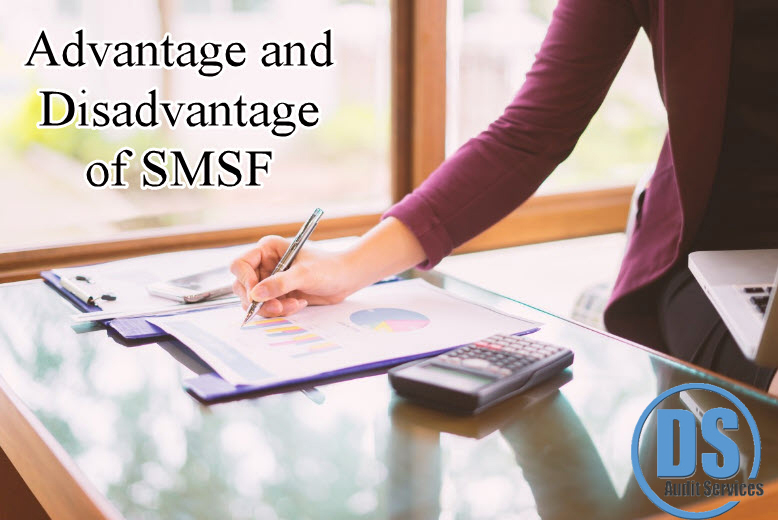 Is SMSF a good investment?

First of all, we’ll talk about what a self-managed super fund is?

So what we’re aiming for today?

We’ll look at the advantages and disadvantages of a self-managed super fund.

What you can invest in if you set up your own super fund?

Then we’ll more specifically go into some new provisions that allow you to borrow to buy real estate within your own superannuation fund.

And we’ll look at a couple of case studies at the end.

Finally, you can go and seek some more advice get some individual advice and then make your own decision as to whether or not to set something like this up okay.

What is a self-managed super fund?

There’s been a lot of volatility in the share market over the last couple of days.

And the stock market itself has gone down a fair bit.

So a lot of you would have seen that your superannuation account balance has fallen over the past few days.

And some of you would think well superannuation is no good because my money invested in super has gone down.

That is performed either really well or really bad or average.

So superannuation itself is a structure with which you can hold investments.

Just like you could hold them through a family trust or through a company or something like that.

If you had a small business and it was operated through a company and your business went poorly because of whatever reason you wouldn’t turn around and go companies are a bad structure to run a business.

It’s what happened within the company that is the issue it’s not the fact that you’re in a company.

Superannuation is the same thing it’s a structure rather than an investment in itself.

Okay self-managed superannuation is as the name implies it’s where you manage the super yourself.

If you feel you could do better, then he was an opportunity for you to prove that to yourself by running your own fund.

So you are the trustees at the moment if your monies with a managed fund then there is a trustee of that fund it could be a MP could be the state government could be anybody.

You can certainly instruct them within certain portfolios I want shares on cash I want property so you can instruct the trustee that they control the money you are a member of that fund.

If you set up a self-managed super fund you become both the trustee and the member.

So you effectively where those two hats.

One other rule for self-managed super funds in Australia is that you cannot have more than four members in your fund.

That’s just the legislation you are limited to four members and you control all of the investment decisions.

There are certainly Ledger’s legislative restrictions on those decisions that you can make you can’t just go and buy anything but you do control the investment decisions within your fund.

Advantage of a SMSF

So we’ll look at some advantages of self-managed superannuation funds now.

The main advantage and the reason that most people going to self-managed superannuation is that they control all of the investment decisions.

Can I set up a self-managed super fund myself?

If you feel that you can do it better, then you need to take control.

So that’s the primary reason that people would go into a self-managed superannuation fund.

Secondly there is more scope over what you can invest in tonight.

If you’re in a public offer fund that fund has a trustee.

That trustee has a trust deed that regulates that superannuation fund and regulates what they can invest in.

So they are not able to invest in a lot of products such as direct property maybe artwork and things like that that you can invest in if you are the trustee of your own super fund.

The ability to direct the trustees

You have more ability to direct the trustees a lot of you would understand that you can make a binding nomination on your Super fund.

At the moment to say I would like my death benefit to be paid to a particular person and when you make that nomination.

That nomination is only valid for three years.

And it’s fairly restricted in what you can say you can say who It’s to and what proportion but that’s about all.

In a self-managed Super fund, you can have a scope in your deed to direct all of your benefits in any way you choose.

So you have more scope in your self-managed Superfund as to where the money can go.

It can be cheaper now!

And those fees can be calculated in many different ways.

In a self-managed super fund, you also have fees but they are generally more fixed in terms of it doesn’t matter too much about how much your balances.

So for a high balance it would probably be cheaper to have a self-managed fund.

With a low balance it would almost certainly be more expensive.

Another one again I can’t see it on this screen but another advantage of self-managed super funds is that they have a separate land tax threshold.

So if any of you invest in real estate you would know that once you start owning a number of properties.

You start paying land tax on those properties.

If you then try different structures such as a family trust again you start paying land tax.

A self-managed Superfund is another land tax entity that has a separate threshold which can save you a lot of money if you are investing in direct property.

The disadvantages of a SMSF

So now we’ll have a look at some of the disadvantages of a self-managed Superfund because it’s not all roses.

The first one is the complexities of the law there is a lot of legislation around self-managed super funds you heard earlier.

They actually run a postgraduate course done the legislation to do with self-managed superannuation.

In the last few years that’s changed so much and it is changing all the time and it is very complex legislation.

We also mentioned that you need to get advice.

Not just advice about where to invest your money that’s totally separate you need to get in advice as to how to run your super fund you’ve got to make sure you comply with the legislation.

You have a lot of administrative duties as the trustee of a self-managed super fund you must keep minutes.

And you must keep those minutes for ten years which is different to a lot of other things that you do where it might be five years or seven years in a self-managed super fund.

Also, you must keep minutes for ten years you must have a trustee you must consent to act as a trustee.

That sounds strange that you would need to have accounts audited in a fund where you do nothing.

But the primary focus of that audit is to ensure that your fund is complying with the law.

If you want to advice of SMSF please Contact Us

Is SMSF the feature of Australia’s economic system?

Self managed super fund The advantages and disadvantages of an SMSF